This site is archived and is for reference purposes only

It wasn’t enough to make Penn more affordable, inclusive, and innovative. Gutmann had a goal to ensure the University’s urban campus also embodied its strong international reputation. To that end, Gutmann set about an unprecedented physical transformation aptly called Penn Connects. An ambitious 30-year campus plan was realized in half that time: 8.6 million square feet of new construction, 3.4 million square feet of renovations, and 30 acres of new open space, representing an investment of $6.8 billion.

These capital improvements have created a paradigm-shifting model of a vibrant, sustainable, and innovative urban university that is deeply connected to its local community while generating far-reaching global perspectives. An astounding array of signature projects range from the transformation of an urban parking lot into Penn Park, a vibrant 24-acre green space open to the public with signature Penn athletics and recreational facilities; to the landmark Singh Center for Nanotechnology; to a new student residential quad on Hill Field with the addition of Lauder College House, renovation of Hill House, and a new student-performing arts building in progress; to the New College House that enables all sophomores to live on campus (for the first time in Penn’s history); to landmark science buildings in progress (Data Science, recently named Amy Gutmann Hall), and the Vagelos Laboratory for Energy Science and Technology); to the largest and surely most impactful building project in Penn’s history, the 1.5 million square foot, $1.6 billion Pavilion—designed from the patients’ perspective—that is already charting the course of 21st century medicine. This is just a fraction of award-winning spaces that make Penn’s campus such an irresistible magnet for talent, an essential economic engine, and a life-saving resource for its community. Gutmann was the first Ivy League president to sign the President’s pledge to climate sustainability, and Penn has made significant progress toward becoming carbon neutral by 2042, with every new and renovated building designed for energy sustainability. Given Penn’s institutional goals related to combating climate change, Gutmann announced in November 2021 that Penn would be ceasing any new commitments to private equity vehicles dedicated to investments in fossil fuel production. 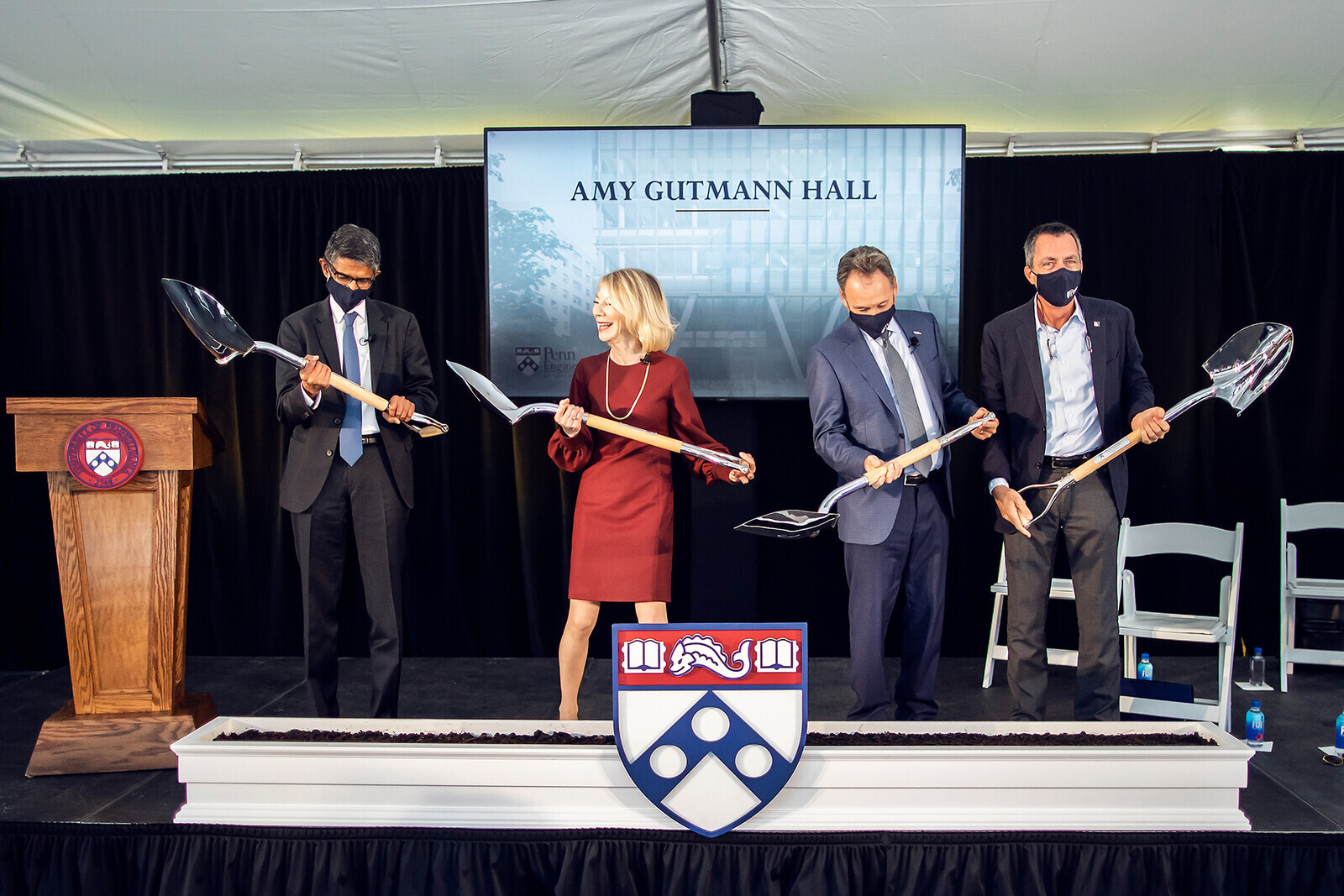 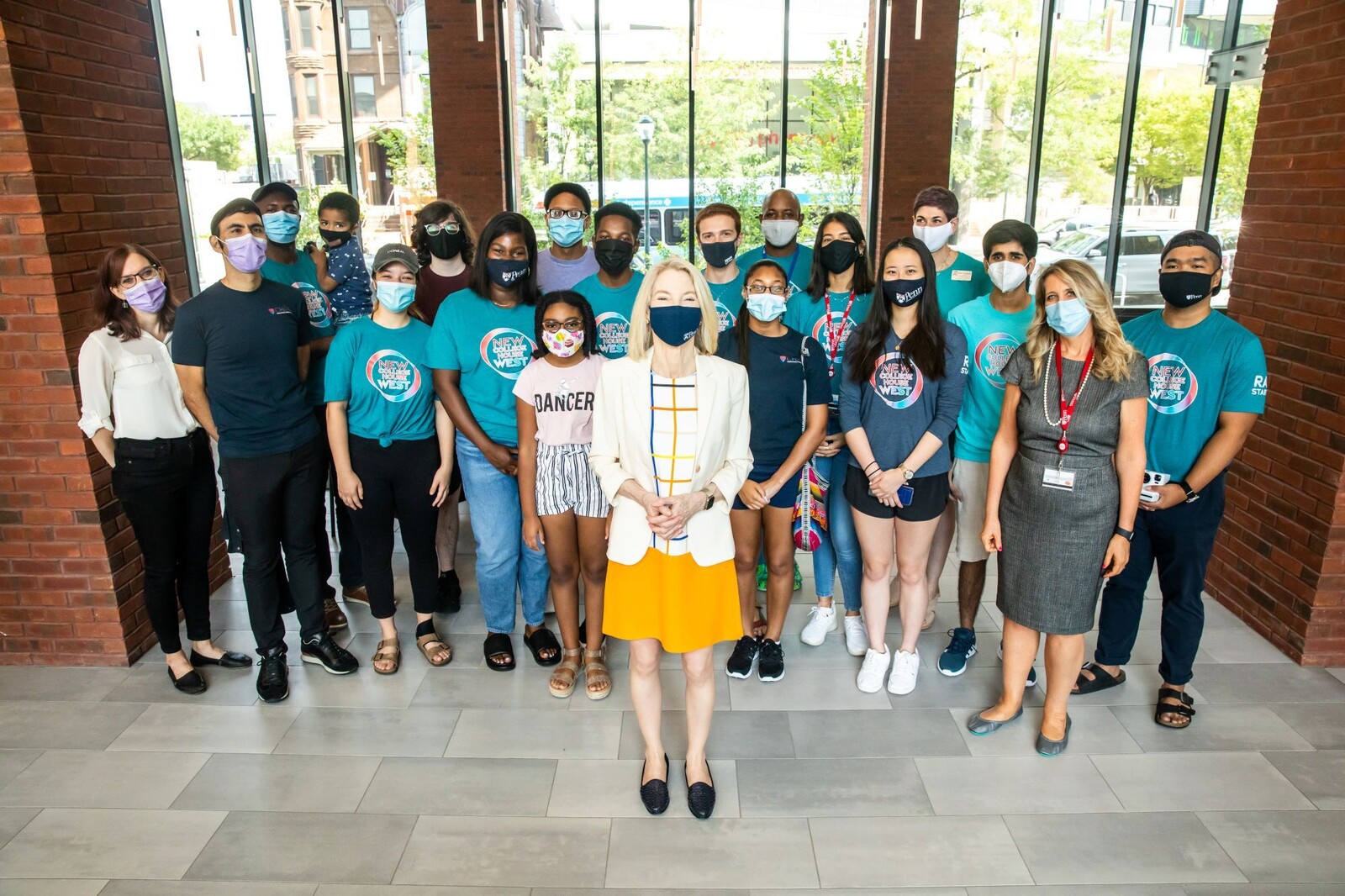 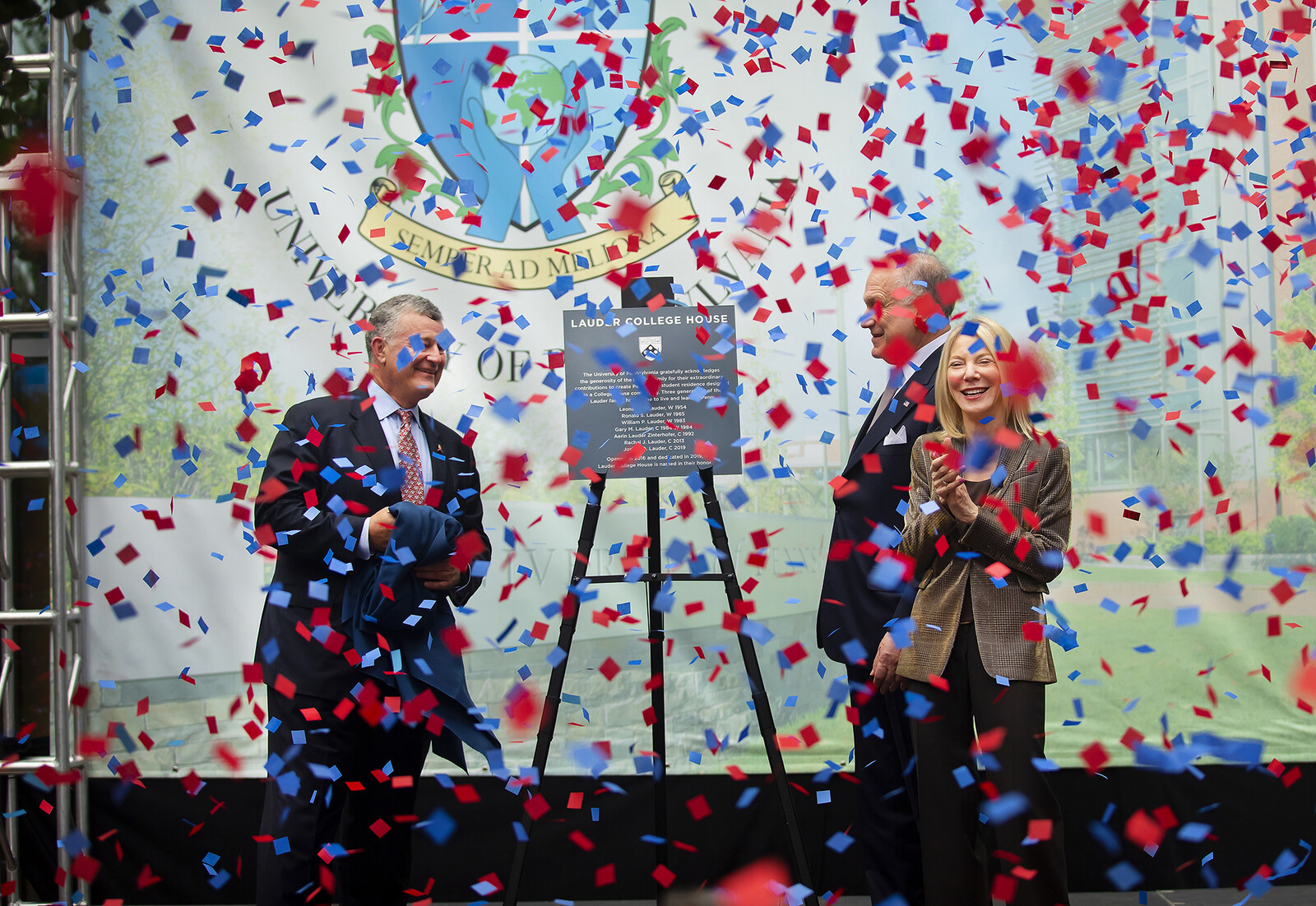 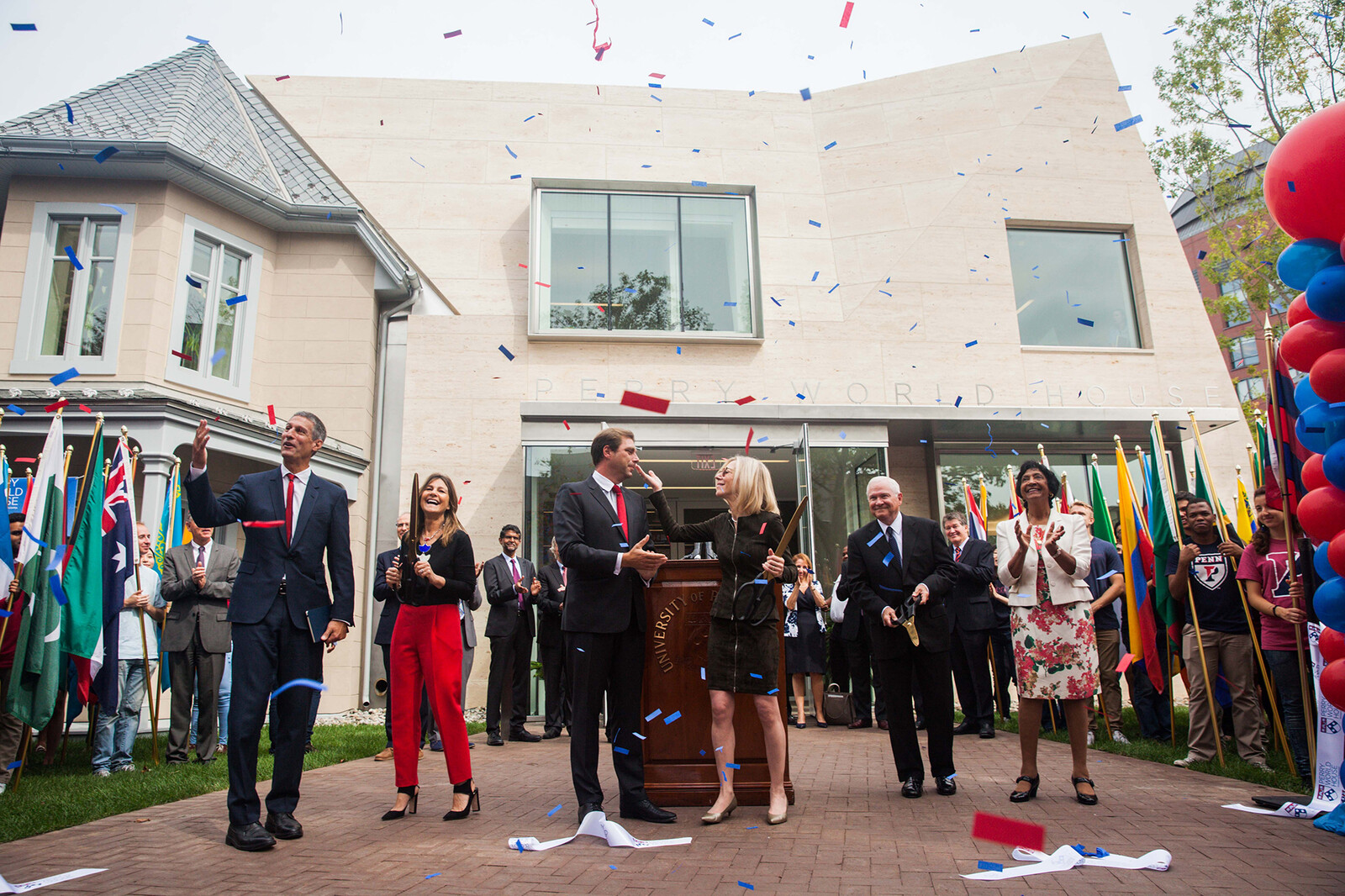 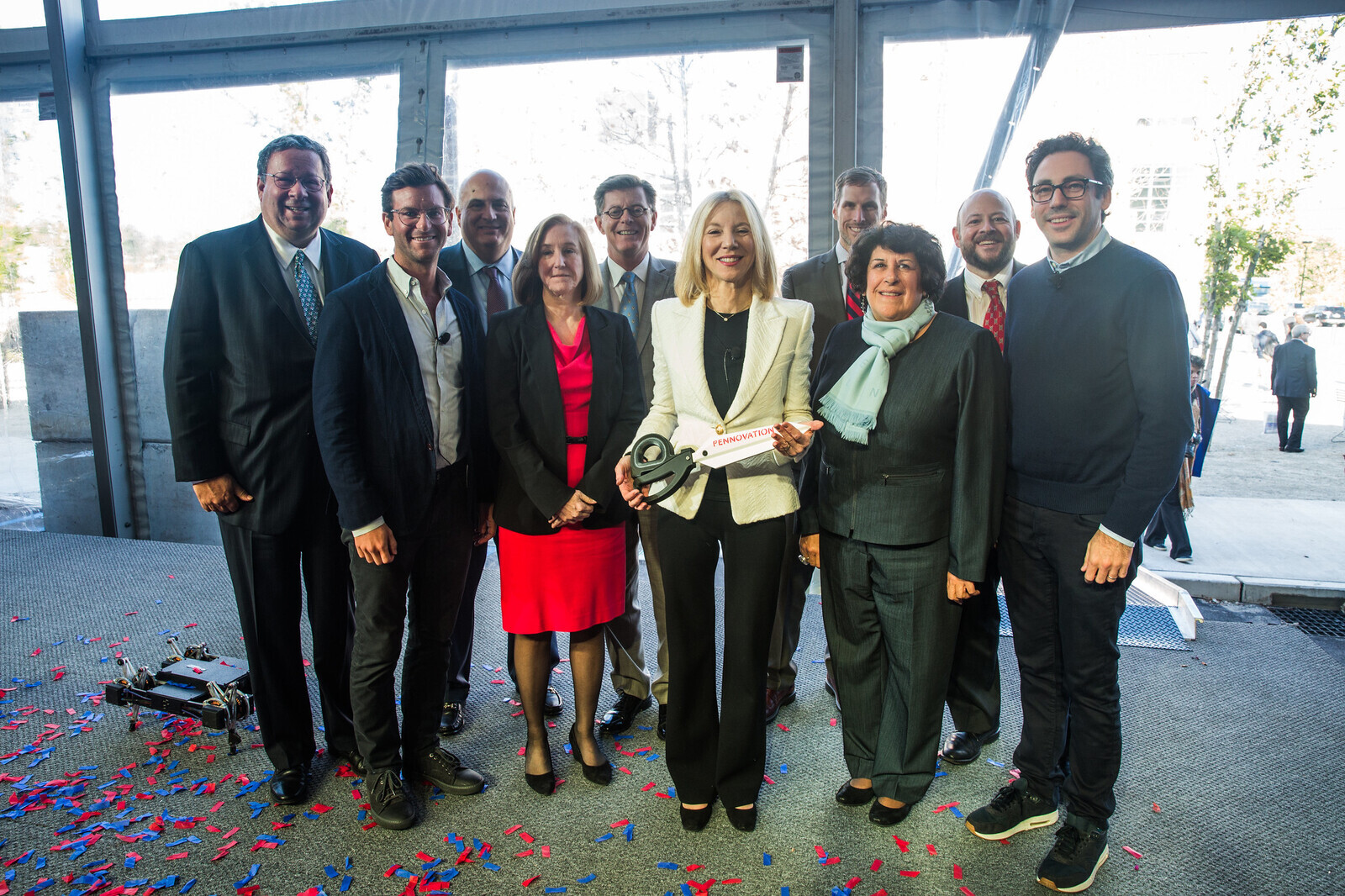 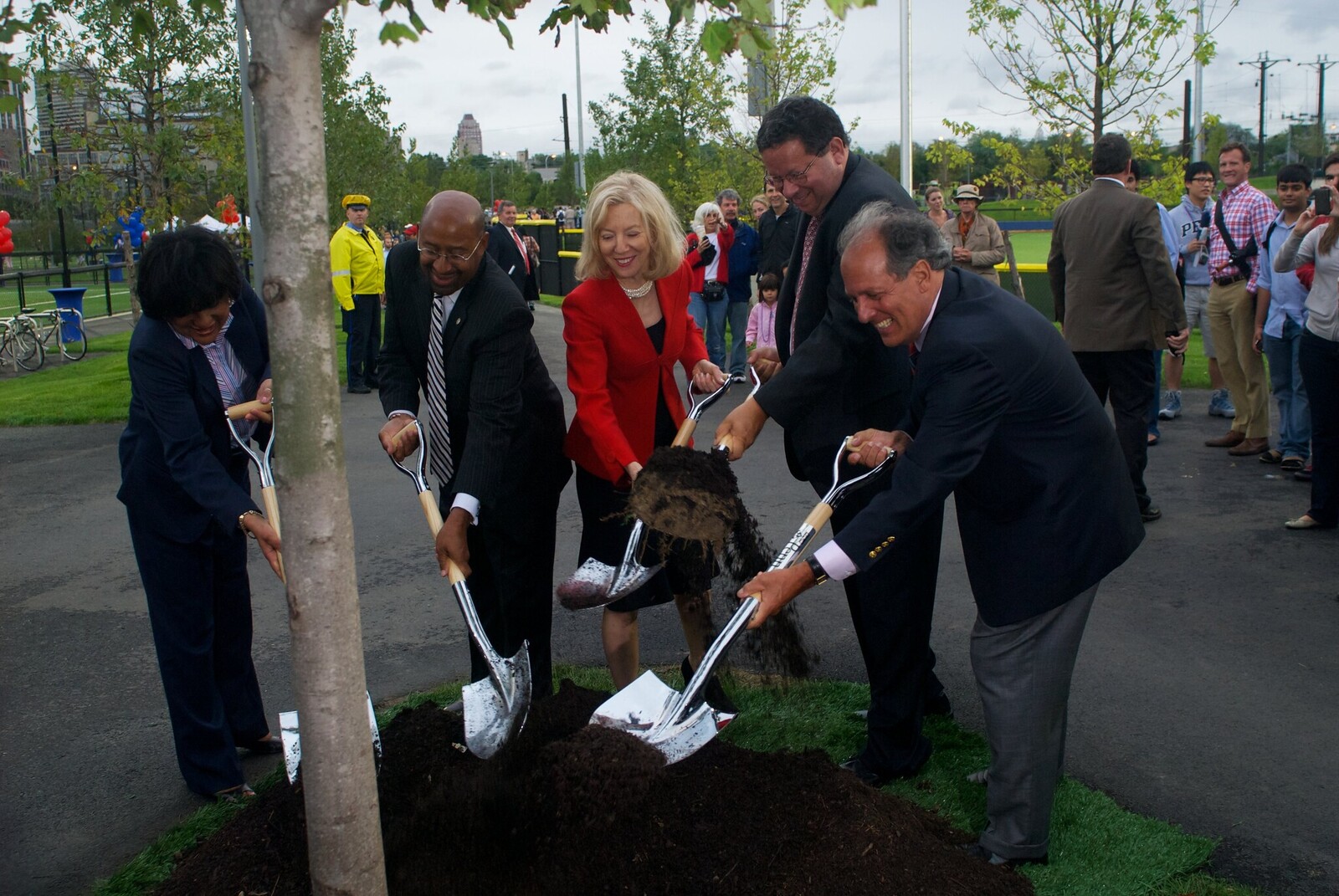 Leading by example, Gutmann has staunchly defended free speech while also adamantly condemning bigotry, prejudice, and discrimination, making it clear that both open expression and mutual respect are essential to an inclusive community dedicated to the pursuit of truth. She has championed Penn as an outward-looking, world-embracing, global leader. In selecting Gutmann as one of the “World’s 50 Greatest Leaders” in 2018, Fortune applauded her being a “vocal backer of international students and immigrants.” The University’s goal, in Gutmann’s words, is to “bring the world to Penn and bring Penn to the world.” Among her marquee achievements in global impact are the creation of Perry World House, an on-campus hub for international engagement, the Penn Biden Center for Diplomacy and Global Engagement in Washington, D.C., and the Penn Wharton China Center in Beijing.

Penn Medicine has become a world-renowned leader in patient care as well as life-saving discoveries. Penn’s health system has exponentially expanded in its size and service to diverse populations with the addition of Lancaster General Health System, Chester County Hospital and Health System, and Princeton HealthCare System.

Decision-making across divides has been key to Penn’s success and a unifying theme of Gutmann’s scholarship, teaching, and leadership. Her philosophy of educating the whole person for citizenship, service, and wellness—guided by values and evidence—led her to create Penn’s SNF Paideia Program, dedicated to teaching all students the skills and attitudes essential to respectful and productive understanding across differences. To model such respectful understanding, Penn’s faculty has welcomed former Florida Governor Jeb Bush and Vice President Joe Biden as Presidential Practice Professors (the latter leaving Penn to run for President in 2020). While chairing President Obama’s Presidential Commission for the Study of Bioethical Issues, Gutmann also put democratic deliberation into practice. The diverse commission conducted all of its deliberation in public and issued 10 unanimous advisory reports on complex issues including testing vaccines and responding to pandemics.

Under Gutmann’s presidency, Penn’s local engagement in Philadelphia became deeper and broader than ever, spanning Penn’s 12 schools, six resource centers, and its administrative divisions. Over a third of the faculty in Penn’s Graduate School of Education—the top-ranked education school in the nation—work with Philadelphia schools, and education students and staff are now involved in 400 activities in 250 schools. Gutmann extended and strengthened partnerships with two of Penn’s neighborhood schools: the Blue-Ribbon award-winning Penn Alexander School and the Henry C. Lea School. In 2020, she committed the largest gift in the history of the School District of Philadelphia—$100 million—to abate lead, asbestos, and other environmental hazards throughout the city’s public schools. Another major landmark contribution in 2020 turned around a dying safety-net hospital, Mercy Philadelphia, located in an underserved area of West Philadelphia. When a for-profit venture threatened to end the essential services provided at Mercy, Penn Medicine stepped up with an innovative collaboration among local non-profits that will provide more and better safety-net and behavioral health services. 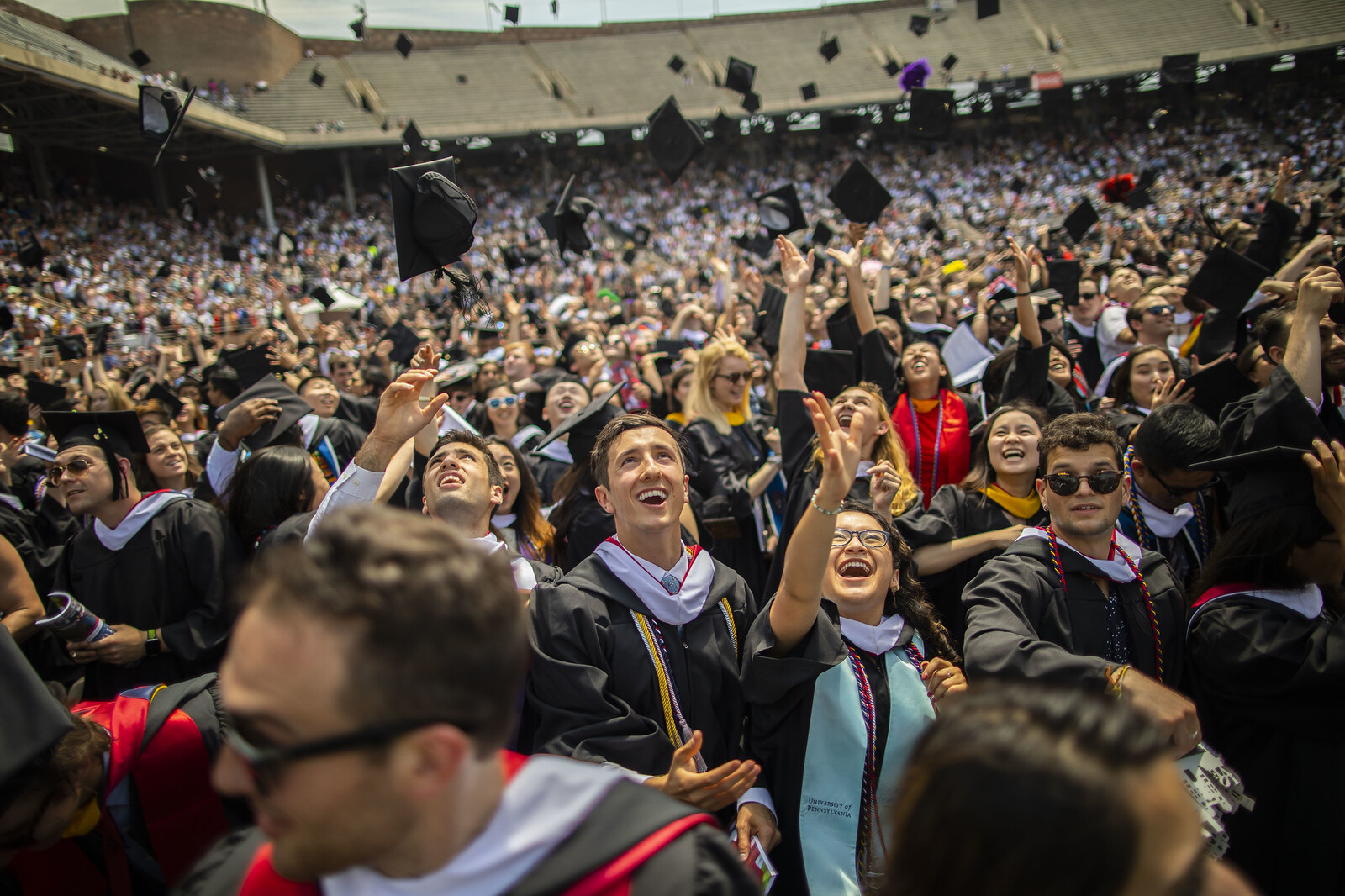 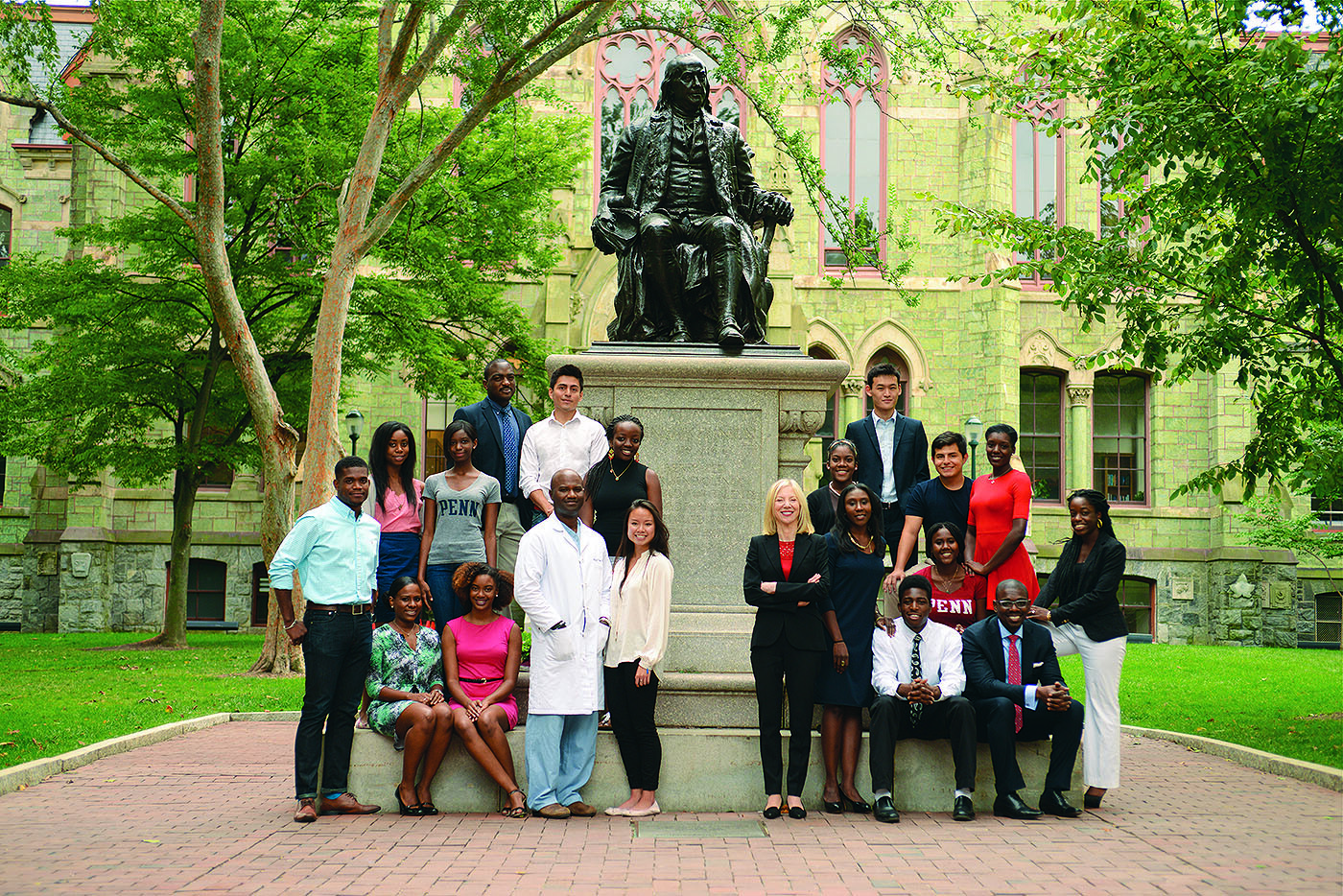 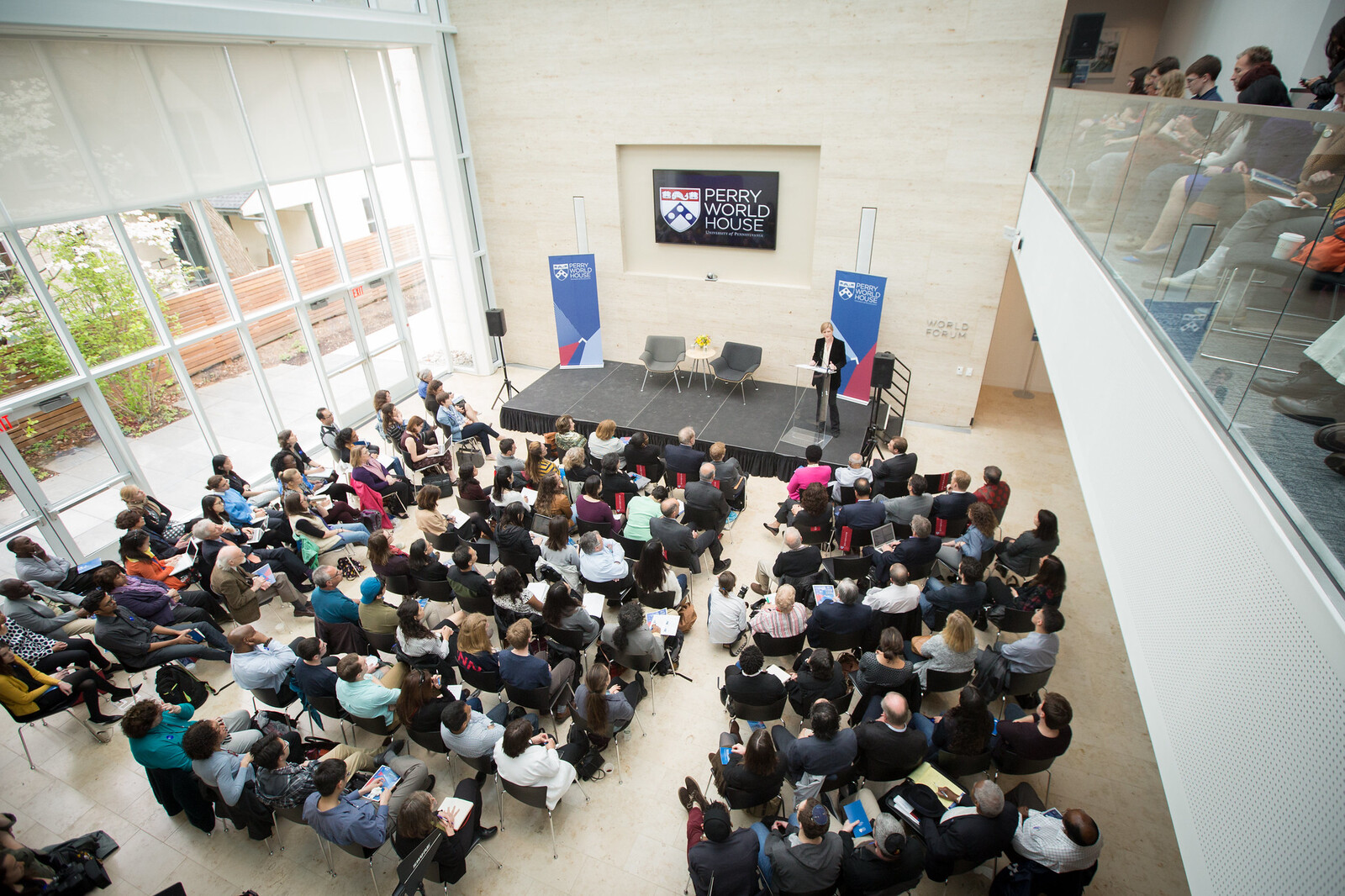 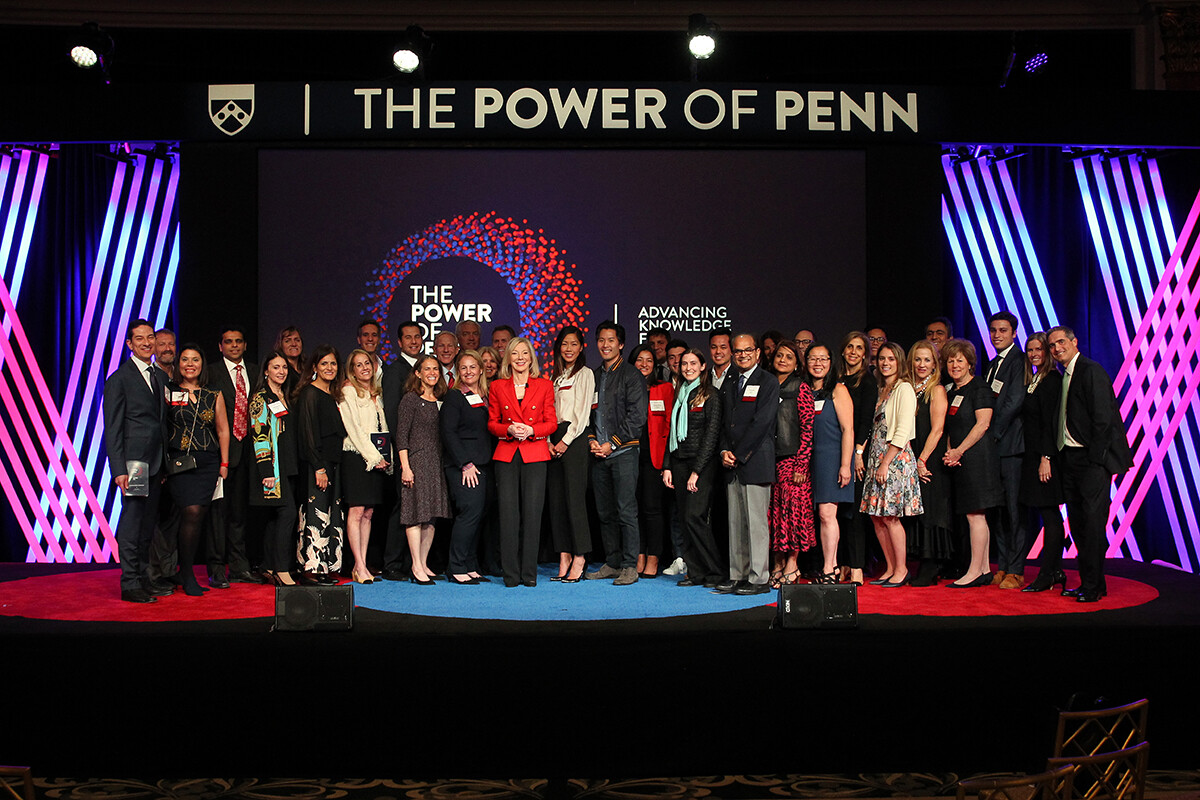 The future is wide open

A revolutionary University leading for good